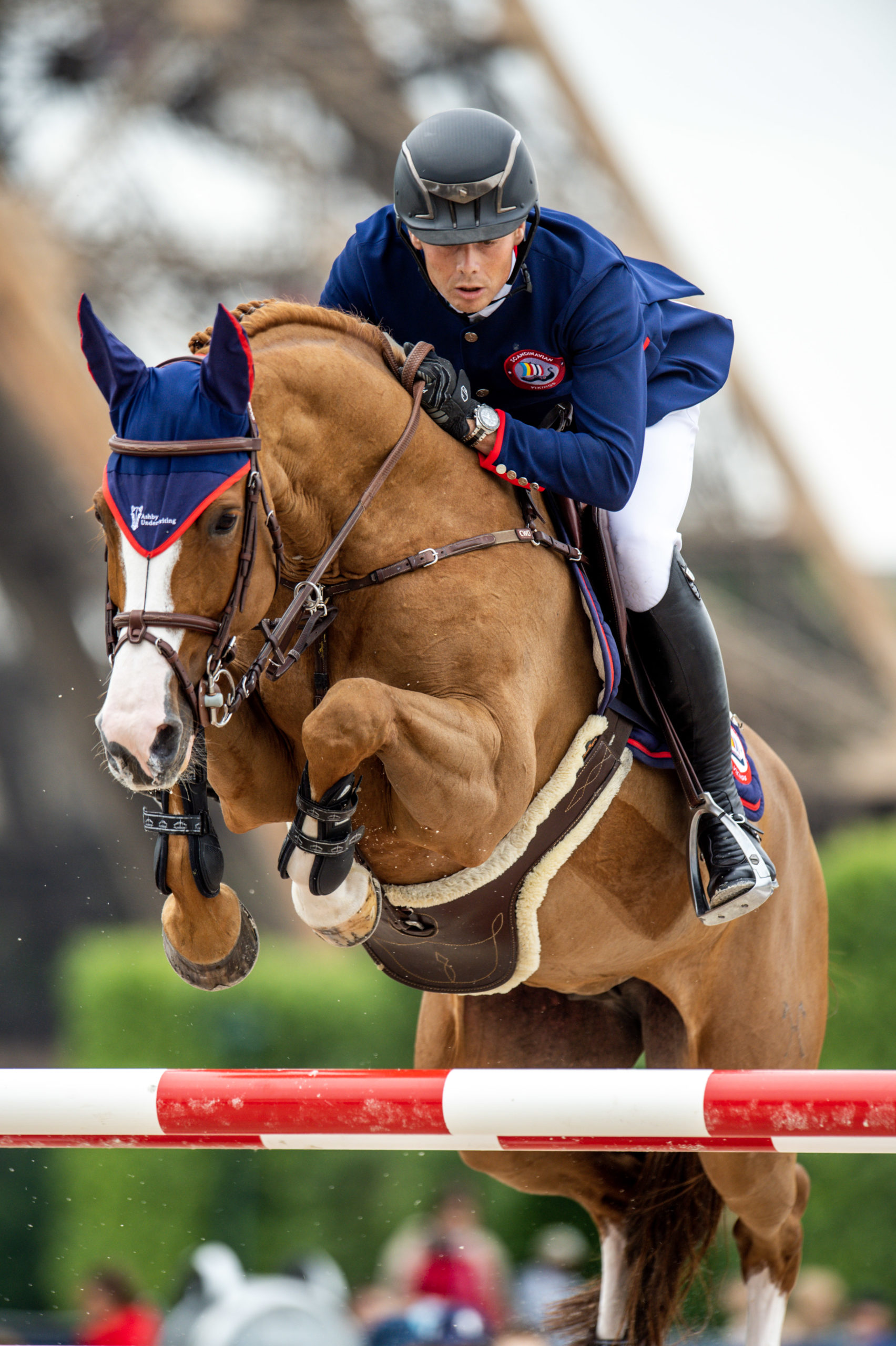 Over the weekend in Paris at the foot of the Eiffel Tower, course designer Gregory Bodo had set a technical course with a feature fence of a full up combination set within close proximity of the grandstand. All teams felt the pressure of the course and the faults quickly started to amount for some teams with not one team managing to keep a clean sheet during round two. The St. Tropez Pirates were victorious on this 6th stage of the GCL finishing on 4 faults.

Ashby Underwriting sponsored team, the Scandinavian Vikings led with Frank Schuttert and Kinky Boy van het Gildenhof who had an enthusiastic start to the course. However, the duo picked up 8 faults.  James Wilson took to the course onboard L’Amour and was clearing the fences with some good height resulting in a clear round for the pairs’ excellent performance.

In round 2,  Frank Schuttert changed horses to Carolina. Starting off well the pair came faced with the wide oxer unfortunately causing it to fall, leading to another 8 faults. The Vikings again brought out James Wilson who partnered up with L’Amour who proved to be a reliable choice to James in the French Capital during round 1. However L’Amour putting in a circle mid course resulted in the partnership finishing on 11 faults, bringing the total for the Vikings up to 27.

The Vikings now travel south to Monaco for the final French leg of the circuit, as always you can watch all the action live on GCTV from 1st – 3rd July.