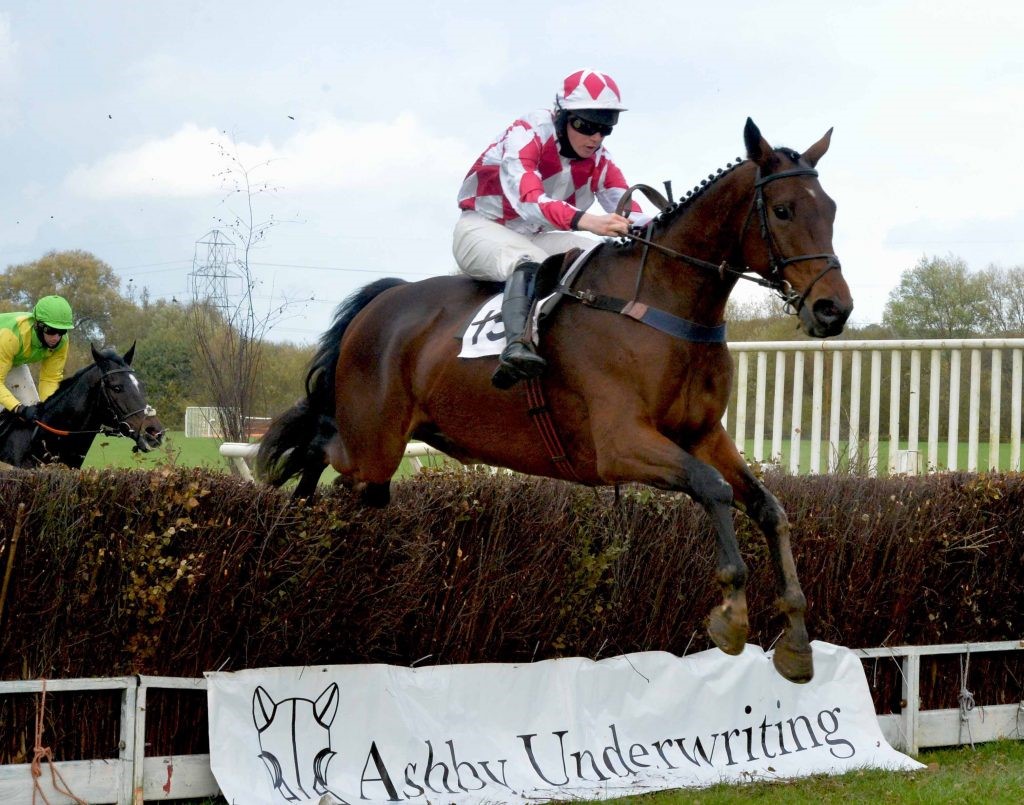 Ashby Underwriting were delighted that Gloucester Races managed to hold their meeting on Sunday 25th October at Maisemore Park. Although racing was behind closed doors due to the Covid-19 restrictions in place, 7000 racegoers still managed to virtually attend the event through live stream hosted by Cornelius Lycett.

The high-level of racing on offer at the Gloucestershire course meant that several of the races had to be split including the first, the Oriental Club Conditions Race which was run over 3 miles and open to horses who have not won since 1st October 2018 and are owned and trained within immediate family members who have no more than five horses.

The first division was won by the Julie Wadland trained Golden Tobouggan who saw off a strong challenge by Silent Man and Waterloo Warrior in the closing stage to win by half-a-length.

The second division of the Oriental Club Conditions Race was won by another locally qualified horse in Way Back When who showcased his toughness to get his head in front of Workbench approaching the last and win by 2 and a half lengths.

The Tattersalls Cheltenham sponsored two-mile five-furlong Maiden was another race to be split with both divisions going to trainer-jockey combinations Mel Rowley and Alex Edwards.

The first division saw The Player Queen overcome a few minor errors early on to hit the front jumping the last and stay on well to win by three lengths.

The Wrekin proved a highly impressive winner of the second division on his racecourse debut.  Leading for the majority of the race, he was joined by Sonic Gold and Why Annie on the final bend, however showcased an impressive turn of foot to win by half a length.

The following race, the PPORA Club Members Intermediate saw Area Secretary and Chief Covid Steward Nickie Sheppard’s hard work rewarded with a winner at her home meeting. Organised Solution faced nine rivals but Milo Herbert had no doubts about the 6-year-olds fitness as he was at the head of affairs from the start. Herbert’s mount held a narrow lead approaching the last and sealed victory with a fantastic jump to win by two-lengths.

The Mixed Open saw further success for Alex Edwards and Mel Rowley as Wishing and Hoping made all to win by one and a half lengths with Roc D’Aspis and Dunhallow Tornado filling the placings.

The Conditions race which was open to horses who have not won under rules since 1st October 2019 was the biggest field of the day but they were all put firmly in their place by a fine front running performance from Emma Alvis’s Big Casino. The 14-year-old who was ridden by Zac Baker got into a good rhythm and met every fence on a perfect stride, seeing off challenges from Carter McKay, The Well Road and Ucello Conti to win by four lengths.

6-YEAR-OLD AND OVER MAIDEN RACE

The six-year-old and over Maiden provided a first win for 26-year-old James Ward on the Charlotte Fuller trained Winter Holiday. The winner tracked the leaders before hitting the front three out and staying on well to win by 15 lengths.

The four and five-year-old Point-to-Point Flat Race proved another popular race and was split into two competitive divisions. Mel Rowley and Alex Edward’s final winner of the day was provided by Latitude in the first division. The winner matched strides with Jo O’Shea’s Willewonga for most the race but past the home turn, Rowley’s runner surged clear to record an effortless win.

The second division and final race of the day went to the West Country challenger Salvino who shot into the lead with a couple of furlongs to run to win easily by five lengths.

The Ledbury Hunt would like to thank all sponsors and those who made the day possible.